girl in red Scores Her Own Inner Turmoil in "i need to be alone."

There is an undeniable special quality about girl in red's music. The project of Marie Ulven, girl in red crafts songs that do so much more than simply speak to the realities of growing up and coping with the push-and-pull of not only the world around you but one's own inner turmoil. The same can be said wholeheartedly of Ulven's latest ethereal release, "i need to be alone.."

More than an introvert's life motto, "i need to be alone." is an exceptional illustration of the sort of music girl in red graces us with time and time again. Striking a heavenly balance between bedroom pop and guitar-driven indie rock, Ulven delivers a stirring glimpse into her mind on overload, confessing, "I'm wasting my life on pointless things/ I sometimes think/ when does life begin." The way in which girl in red's songs feel akin to diary entries, albeit diary entries scored by an otherworldly blend of indie rock and dream pop, never fails to  strike a chord. girl in red spoke on "i need to be alone.," sharing,

"I wrote 'i need to be alone.' one night when I was really frustrated. I was thinking about how much time I spend on things that don't matter and having this weird feeling of guilt that I wasn't living my life. There's so many things happening all the time and it's kinda hard to keep up, I just wanna pull away from everything and be alone."

After listening to "i need to be alone.," one thing is certain. girl in red makes music for those in love, those in the midst of heartbreak, those trapped in their own spiraling thoughts, and those seeking out the innate wonder in the seemingly mundane experiences that accompany being human.

Listen to "i need to be alone." below, and catch girl in red live  on tour with Conan Gray:

For more on girl in red, revisit the first time we discovered the artist we championed as the "rainbow flag waving anti-pop star of 2019."

Wonderprince Explores a 'Path Through the Trees' in Surreal Debut EP

November 21, 2022 "These songs were inspired by the worlds that we escape into through our dreams."
Author: Nathan Ahamed
indie
indie pop
album reviews
path through the trees
wonderprince 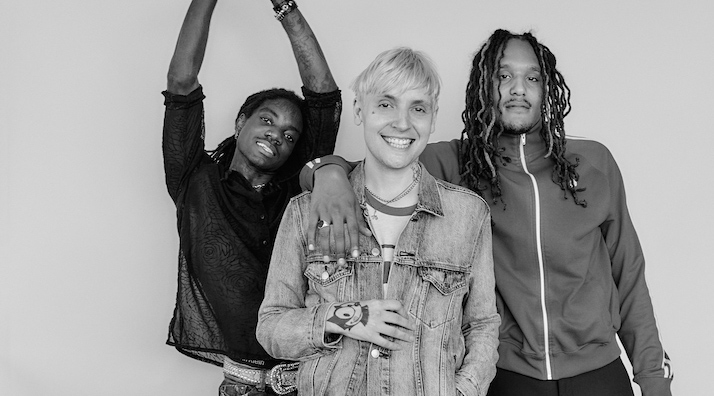