You need to be paying attention to Riovaz. The New Jersey-based artist, whose music defies simple classification, blurring the lines between emotional club-ready pleas and the catharsis of anti-pop, is likely already scoring your TikTok For You page. More than just a viral artist, each single seeks to further inform the rising star’s ever-evolving sound.

“see u there” arrives shortly after the release of his viral single "you're a parasite" and his latest project, Better Late Than Forever, which we championed as a somber yet beautiful body of work. Speaking on what inspired the release of “see u there,” Riovaz simply states, “made this song in 20 minutes and it had a nice ontz ontz vibe to it, so I want this song in everyone’s EARS.”

The just shy of two-minute track retains the electrifying energy of Riovaz’s lightning in a bottle flash of inspiration. Unrestrained euphoria is likely the best way to describe the latest effort from the New Jersey wunderkind, as he launches headfirst into a barrage of dance-inducing production that never lets up.  Built around a straightforward, repeated hook, “see u there” is pure club bliss that races toward its inescapable conclusion at full speed. Yet, what awaits us at the end of the blistering track is not catharsis but a moment of striking emotional upheaval, as a disembodied voice breaks through the surge of the dancefloor to deliver a wake-up call while holding back tears.

Riovaz makes music that is undeniably danceable but far from predictable. Cross-stitching the acumen of a producing savant with the poignant sensibilities of coming of age, his music exists in a realm all his own—thankfully there’s no cover charge to Riovaz’s club.

Listen to “see u there” below:

August 2, 2022 "It’s about remembering those last few moments in a relationship when you’re hopelessly hanging on but know you have to let go.”
Author: Tatum Van Dam
singer songwriter
pop
ashe
shower with my clothes on
rae 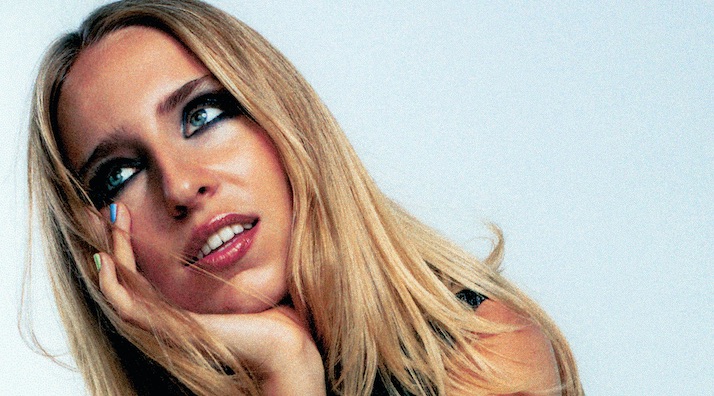 Maude Latour Dances Through the Unknown Chaos of "Probabilities"