13 Music Podcasts You Should Be Listening to Right Now

In case you haven't quite got the memo, Spotify is for a lot more than streaming Billie Eilish and a playlist made up of lo-fi chill beats on repeat. The past few years have witnessed a veritable boom of podcasts, from both self-made creators and massive media outlets, covering a whole spectrum of topics and niche interests. As someone who has listened to over 70 hours of "The Adventure Zone," a Dungeons & Dragons podcast hosted by three brothers and their dad, in spite of never having once thought of actually playing a game of D&D, it is safe to say this is no passing fad.

Podcasts exist as an inside look into a host of worlds you never once considered exploring, and this goes equally true for music podcasts. From in-depth examinations of your favorite artists and their works to dramatized true crime - style narratives of legendary artists, these are the music podcasts you need to be listening to right now.

Also, if you needed even more music podcasts in your life, did you know Ones To Watch has its own battle-style podcast where four tracks enter the ring and only one leaves victorious?

There is no escaping pop music, so you may as well enjoy, examine, and eventually begin to understand why exactly it is so popular. At least, that's the ethos behind musicologist Nate Sloan and songwriter Charlie Harding's phenomenal podcast. Each episode sees the duo breaking down pop songs to posit the question of what makes a song like "bad guy" or "Old Town Road" a hit, and what is their cultural significance in the music landscape at large? Balancing lighthearted humor with critical analysis, Switched On Pop is a podcast that will have you loving music you never knew you liked in the first place.

Where to Start: "Billie Eilish is a Different Kind of Pop Star (ft. FINNEAS)"

Dissect is a music nerd's dream podcast. Hosted by Cole Cuchna, the hit podcast series is rare in that rather than jumping from topic to topic with each episode, each season of "Dissect" holds a magnifying glass to one prolific work of one seminal artist. From the mythos of Frank Ocean, Kendrick Lamar's To Pimp a Butterfly, Kanye West's My Beautiful Dark Twisted Fantasy, Ms. Lauryn Hill's The Miseducation of Lauryn Hill, to Tyler, The Creator grappling with his sexuality on Flower Boy, there is no shortage of reasons of why you need to be listening to Dissect.

Song Exploder may just be the best interview series in existence, largely due to the podcast functioning as less of a traditional interview series and more as a vivid recollection of artist's most heartfelt work. The podcast series features musicians from all walks of life, from Fleetwood Mac's Lindsey Buckingham to Bon Iver's Justin Vernon, taking apart a single one of their songs piece by piece. It is akin to your grandparents recounting one of their fondest memories to you, if your grandparents just so happened to be world-renowned artists.

Where to Start: "Maggie Rogers - Alaska"

In the wake of the massive popularity of True Crime podcasts like "Serial," Disgraceland marries all there is to love about rock star worship and a culture's obsession with the seedier aspects of the human condition. Blending music history, true crime, and transgressive fiction, Disgraceland is a dramatized retelling of some of music's most enthralling criminal stories. Imagine the already engrossing stories of Tupac Shakur and The Notorious B.I.G. or Kurt Cobain and Courtney Love, albeit told through an exhilarating and entertaining modern-noir lens.

Where to Start: "Amy Winehouse: Rehab, the Muse and a Rare Talent"

And The Writer Is...with Ross Golan

Have you ever wondered who is the person behind some of your favorite songs? Then And The Writer Is... is the podcast for you. Each episode takes you behind the closed doors of the music and into the songwriting room with some of the greatest songwriters and creatives of our generation. If you love anything by any of today's biggest artists, then chances are they have probably appeared on an episode of And The Writer Is... to provide an inside glimpse into their creative process.

You shouldn't be listening to Questlove Supreme just because its host is none other than the infamous Questlove (although that would honestly be more than enough reason for us). For starters, Questlove Supreme arguably features some of the best guests out of any other podcast out there. Ever wanted to hear John Oliver talk about his transition from The Daily Show to shaping people's political opinions regularly? Or ever wondered about Michelle Obama's first musical memories? Then, good news, because Questlove Supreme has all you could ever need and so much more.

Twenty Thousand Hertz is likely the most prominent outlier on this list. That is not to say this is not a podcast of note, equally as deserving of your precious listening hours; Twenty Thousand Hertz simply does not address music or artists in the traditional sense. Rather, this is an examination of the sounds, the sonic textures, and the crucial building blocks that have allowed artists to create works that truly move people. Twenty Thousand Hertz is not just for music lovers, but for those who appreciate the perfectly intangible idea of sound as a simultaneously human-constructed and natural concept.

Punch Up The Jam

Punch Up The Jam is a comedy and music podcast. How does that work exactly? Well, comedians and best friends Miel Bredouw and Demi Adejuyigbe invite one of their equally hilarious friends to attempt to fix a popular song, despite having absolutely no qualifications so to speak of. Laughs are had, chaos ensues, and more laughs are had as Punch Up The Jam begs the question: do you need to know anything about music to improve a hit song?

It would be impossible to create a definitive list of music podcasts without mentioning NPR’s  All Songs Considered. The nearly 20-year-old series has grown with the times, evolving from a lauded radio show to an award-receiving podcast. The generation-spanning medium for music discovery is hosted by Bob Boilen and Robin Hilton, and often features a range of guests that makes this already much-celebrated podcast into essential listening material.

Where to Start: "All Songs Rewind: The Worst Songs Of All Time?"

For Hit Parade, the phrase "it's a smash" is more than just A&R short-hand for any passing song they hear in mid-production; it is the genesis of music history. Produced by Slate, pop chart analyst Chris Molanphy seeks to uncover what exactly it was that made a song a number one smash. More than just a terribly informative music podcast, Hit Parade changes up its formula through bouts of trivia, music snippets, and enthralling storytelling.

Where to Start: "The Oh. My. God. Becky Edition"

The best way to understand the very notion and ever-changing minutia of popular music is Popcast. Hosted by New York Times pop critic Jon Caramanica, Popcast homes in on not just what is trending on the Billboard charts but what is trending, period. From Taylor Swift and Scooter Braun's ongoing civil war, the perplexing economics of the streaming era, to how memes can create bonafide artists, Popcast is what you need to be listening to in order to sound erudite at your next dinner party, even if you find yourself in spirited discourse over Lil Nas X.

Where to Start: "How Many Streams Is a T-Shirt Worth? Breaking Down Chart Dilemmas."

This next podcast is dedicated to all our lovely Canadian readers, or really anyone who is looking for an enlightening deep dive into music's most notable artists and movements. Hosted by legendary Canadian radio broadcaster and music journalist Alan Cross, Ongoing History of New Music is Canada's most well-known music documentary series. Featuring artists profile from the likes of Radiohead to Twenty One Pilots, narrative journeys of everything from Christian Rock to Britpop, and even the etymology behind some of music's most elusive terminology, Ongoing History of New Music is a musical history wellspring.

Where to Start: "Stories Behind Songs"

The Great Albums is a podcast series wholly true to its name. In unexpected yet utterly delightful fashion, co-hosts Bill Lambusta and Brian Erickson delve into some of pop, rock, and beyond's greatest moments and musical accomplishments. More than just a track by track review of a seminal work from the likes of Jay-Z, Joni Mitchell, and Sufjan Stevens, The Great Albums is an examination of the notion of fandom and how that love affair is expressed through the lens of the prolific album.

Where to Start: "Radiohead - OK Computer"

Celebrate Black Music With Brandon Banks On Top That Track

Feeling Chilly? Tune In To Top That Track's  "Covers To Keep You Warm At Night" 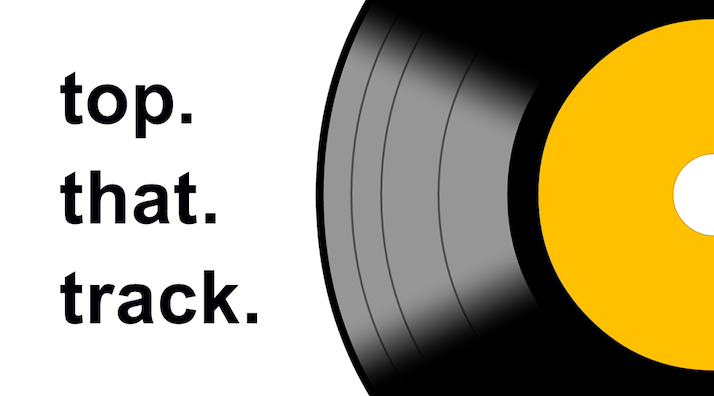 Top That Track Invites You to  "Expect the Unexpected"

@onestowatch · 3d
WHO IS @wiffygriffy? We caught up with the UK star in the making at this year’s @lollapalooza to get all the answe… twitter.com/i/web/status/1…

@onestowatch · 3d
. @Tomthemailman_ is back with his latest single “•You’re the one I like now!•.” The track features the Georgia ar… twitter.com/i/web/status/1…
MORE ON TWITTER