To say the least, Blood Cultures has quite a unique look. Trust me, you've never seen a band like this one. The east coast psych-pop outfit is a an act you need to know.

So, who are these mystery men? Slipping onto the scene in 2017 with their cult-favorite debut project  Happy Birthday, Blood Cultures became an underground success slowly bubbling to the surface with genre-bending gems like "No Favors" and "Best For You." This fall the secretive artists returned with their album Oh Uncertainty! A Universe Despairs.

Now, the enigmatic group has unveiled the stunning  Saleem Barbados - directed video "Broadcasting," the second single from  Oh Uncertainty! A Universe Despairs. “Broadcasting" is a bright and beautiful blend of cultures, wandering vocals, and electronic beats.

In the accompanying visual, performer and choreographer Anjali Mehta dances in the traditional Indian style of Bharatanatyam. It's an emotional dance that embodies the push and pull between identities. Everything from her vivid clothing, the Brooklyn backdrop, and her dynamic movements cater to the juxtaposition and contrast the song so beautifully expresses. As "Broadcasting" progresses, Mehta's behaviors become more Western. She watches TV, unsatisfied. There's something in her eyes, a disconnect between herself and her world. Blood Cultures spoke on the video's inspiration, sharing

"I was raised in New Jersey, after my parents immigrated from Pakistan. The struggle for identity is almost a guarantee for any first-generation-american, but when we present those struggles with pride, it becomes a lot easier to see that we’re not alone in facing them… The video’s purpose is not to bring answers, but bring forth the question of identity itself - a common theme throughout the record.”

We got a chance to chat with Blood Cultures to get to know the men behind the masks a bit better.

Ones To Watch: Where did the idea for Blood Cultures come from?

Blood Cultures: I didn't want the music to be centered around me or my story. The themes of the music were so personal and weren't things I was comfortable talking about other than in the music. The idea of anonymity and creating a character allowed me to be free and expressive without worrying about my own ego and identity. When I closed my eyes and listened to the music, it's what I saw. I didn't see myself. I saw Blood Cultures.

What's it mean to you to be an anonymous  artist in this era where social  media and "creeping culture" rule supreme? Does it change how you and your fans connect?

Honestly, I don't really think of us as any more anonymous than our counterparts. I think social media is all about putting on a show, a filter, a facade. What we do is no different than anyone else, we just get to keep ourselves to ourselves. I think personality is something that is quickly becoming commodified, and that's nothing we're interested in. Our prime goal is to have our audience connect with us on a more personal level by not revealing our stories as to keep the relationship between the listener and the music as pure as possible. Their reactions are only theirs not based on our influence or the story we create around it.

Your band name as well as your song "Phospholipid," hint at a biological undertone. Was that on purpose or just a fluke?

It was very much purposeful. Phospholipids let things in and out of a cell as a form of protection.

Is there an overarching message you wanted to get across to people with Oh Uncertainty! A Universe Despairs?

I view the album as an internal conversation between two sides of the same whole. I'd like people to think about the album as a personal journey of self-discovery. I hope it helps them on their own journey and realize that they are not alone in the universe. We're in this together.

Tell me a bit more about "Broadcasting." And could you break down the story behind these lyrics in the outro? "I’ll tell you something I can’t even admit to myself / When I was young, I hoped to grow to be somebody else / And now I stand here to confess to all the things I’ve done / Nothing left to do and nowhere else that I could run?"

A core value of the project, we really try to avoid context in hopes that listeners create a more genuine connection to the music itself. There's not much to be said without spoiling its meaning, but what I can say is that it was inspired by media and the effect it has on identity, including cultural identity. More specifically, it was inspired by Howard Beale from the film, Network.  The idea of suicide on live television. Becoming part of the thing that created you, and now choosing what you want to share in that same medium even if it means destroying it (or yourself).

Who or what are some of your musical inspirations? Be them people, places, or ideas?

I think listening to music is a lot like a magic trick. Once you know how it's done, that innocent sense of wonder is extinguished. If we broke down the influences and the why of everything, it would just be math, cold and mechanical. Music is that unquantifiable consciousness in the meat puppet.

What's your own personal favorite set of lyrics of all time?

"This body holding me reminds me of my own mortality / Embrace this moment, remember / We are eternal, all this pain is an illusion." - Tool, 'Parabola'

Congrats, of course on the headlining tour! What can fans expect from your shows?

Thank you. The live versions of all the songs are all intentionally a bit different in terms of energy and vibe. If you look at the way things used to be, a band would write a song together, record it, and then re-perform it live. We had the difficult task of recreating something that never really existed in the real world. A problem faced by many modern artists, I'm sure. So we just didn't. We sort of made it something new, which feels more genuine and true to us as a collective.

Besides performing what gives you your biggest adrenaline rush?

Using the bathroom and not washing your hands. Such a (literal) dirty secret  ðŸ˜‰

Who are your Ones To Watch? 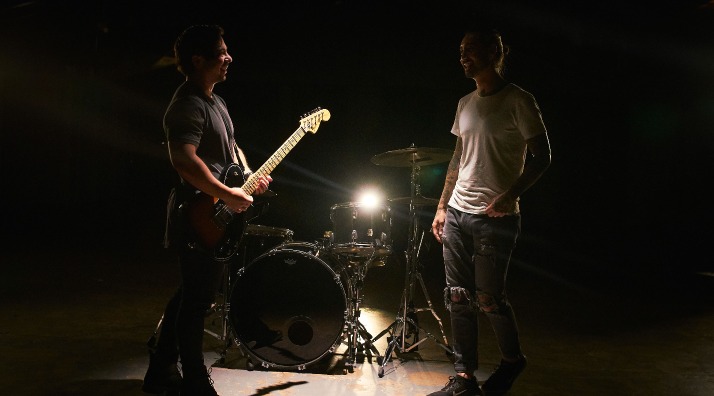 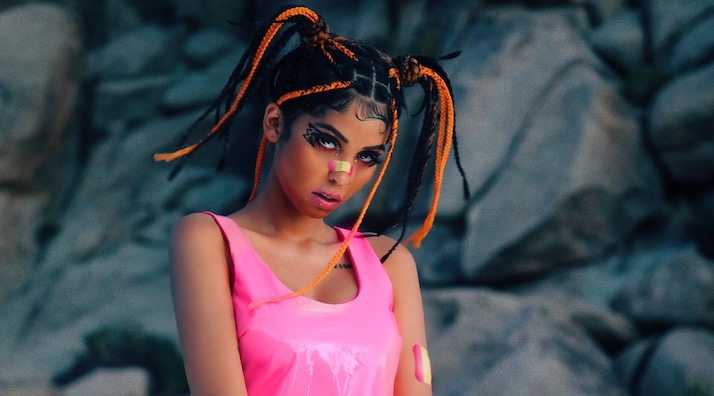