Bloody White Delivers an Incandescent Sonic Autobiography on 'Some Reflections'

Rising anti-pop icon bloody white rounds off a busy year of releases with his much-anticipated sophomore EP entitled some reflections. The three-part project is the culmination of bloody white's musical evolution thus far, showing listeners that he is reaching full bloom.

In some reflections, bloody white continues to carve out his own niche using a fusion of sounds that are both familiar and futuristic. Drawing inspiration from all corners of music from Skrillex to Jon Bellion to Kendrick Lamar, bloody white deftly incorporates diverse influences into his own unconventional pop sound. some reflections delivers a level of lyrical honesty and musical rawness that we are coming to expect of the young talent.

some reflections is an autobiographical snapshot of a time in bloody white's life when he was grappling with the fallout from a toxic relationship. During this rough patch, he contemplated the damage done by his ex-lover, channeling the painful experience into the three tracks. While "12am" recounts a failed attempt to reconnect with an ex, "I'm Busy" provides further insight into the way his ex curved him. Finally, in "Scars," bloody white speaks about the veritable harm he endured at the hands of his past partner.

Over the course of some reflections, bloody white pushes the boundaries of voice as an instrument. By distorting his vocal recordings, bloody white creates an "abstract collage of sounds," most notably featured in "12am" and "I'm Busy." bloody white explains that an artist's voice "is the most personal instrument," which he uses to further distinguish his personal musical identity.

The stage name bloody white is derived from the visual metaphor of blood staining anything white. As he described to us, the name bloody white is "a reminder that evil/sin can tarnish even the purest individuals, especially those we idolize." bloody white undeniably lives up to this fascinating and abstract pseudonym through his equally captivating music in some reflections.

Listen to it below. 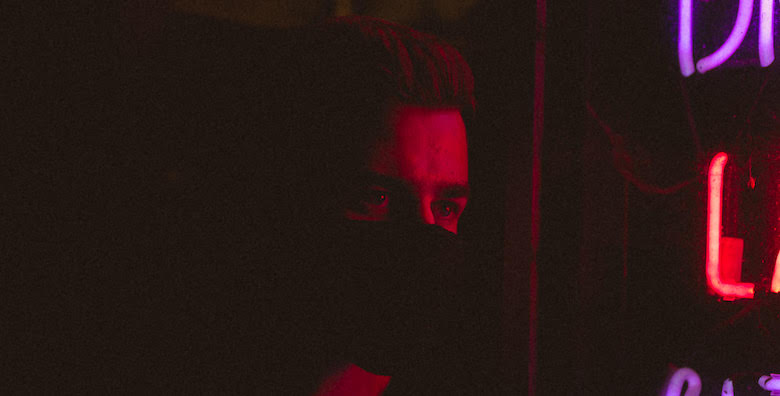