You’ve probably already enjoyed the timeless music of breakout duo DOMi & JD BECK without even realizing it. First collaborating with Silk Sonic on last year’s “Skate” and later linking up with Anderson .Paak for “TAKE A CHANCE,” this Gen Z duo composed of 22-year-old Domitille Degalle and 19-year-old James Dennis Beck is bringing back classic jazz sounds with a modern twist thanks to the refined simplicity of Degalle’s keyboarding and the rhythm of Beck’s drums.

Originally meeting at a music trade show in 2018, the pair found a kindred spirit in one another as they bonded over a shared passion for jazz music and dedication to creating something that felt novel while playing on the qualities of great jazz standards. Degalle was born in France, and began playing drums at age two and then switched to piano at the tender age of three. While her parents didn’t play music themselves, they encouraged DOMi and her brothers to pick up instruments and even dedicated mornings of their homeschooling strictly to learning and practicing music. Domitille also attended her local music conservatory where she spent countless hours honing her craft. Speaking to NME, DOMi recognized that “[music] was my whole entire life for a while, but we knew that you needed to get hours of work to get good.”

James Dennis Beck had a similar experience in that his family wasn’t particularly musical; however, after taking an early interest in the family piano, his parents supported him throughout his musical journey until he landed on the drums. Also similar to DOMi, JD mentioned that he has always been extremely detail oriented. After the duo decided to work together, their emphasis on making everything perfect became specific and intentional, concentrated under the magnifying glass of two young jazz talents.

One star, Anderson .Paak, has played a pivotal role in DOMi & JD BECK’s success. After meeting while playing on Thundercat’s tour in 2019, the three artists came together to work on songs such as “Skate” for the .Paak and Bruno Mars duo Silk Sonic. This would inevitable be followed-up by the single “TAKE A CHANCE,” which appears on the duo's debut album NOT TiGHT. Even more exciting, DOMi & JD were the first to sign to .Paak’s new label APESHIT INC., a collaboration with the legendary Blue Note Records and Universal Music Group.

DOMi & JD BECK are artists you want to root for, not only for their breadth of talent and creativity in their music but also for their uniqueness and ability to poke fun at the often over-technical, prestigious world of jazz. Even when researching for this piece, it was hard to find any direct information from the duo that seemed true; for example, the bio on their website reads,

“domi is a 12 year old saxaphone prodigy from France. she deveoloped her own unique sound by combining major 3rds and major 4ths. not only is she the only living Theoretical physicist, but she is the youngest person to recieve a Nobel Prize in Physics. jd beck is a 6 year old sheep investigator from Texas. he recieved a PhD in quantam physics at Stanford University earlier this year. he has since devoted his life to smooth jazz and wishes to be taken seriously in the music industry. together they are the duo 'DOMi & JD Beck.' they've been gaining traction on social media since summer of 2018 for their body building masterclasses, and have been working on their debut album since the beginning of 2019. they are planning on releasing their album like actually soon now. thx andy.”

It doesn’t seem like the pair is taking anything but their craft too seriously, and as NOT TiGHT proves, that strategy hasn’t failed them yet.

Listen to NOT TiGHT below:

January 31, 2023 Is there anything better than a gold-toothed Brit majestically riding a horse through the Italian Alps?
Author: Tatum Van Dam
new artist discovery
rap
hip hop
antslive
just a matter of time 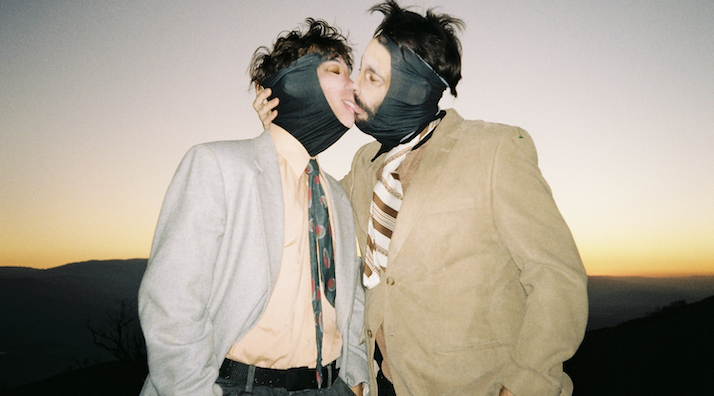