Hotel Decor Reignites Chillwave With "All The Rage" Visual

If you were to make a Mount Rushmore out of the four best short-lived musical genres, which would you include? If you're a fan of late 2000's indie rock (we do exist), you may be inclined to put chillwave atop the South Dakota vista - perhaps between vaporwave and disco for good measure. A style pioneered by Toro Y Moi, chillwave was a strong cultural movement in modern music that unfortunately declined in popularity toward the mid 2010's.

Despite this, the potential for this unique and tranquil blend of indie rock and alt pop lives on with Hotel Decor and his debut visual for "All The Rage." Projecting chillwave's signature styles with a contemporary pop feel, Hotel Decor (fka NVY, née Laszlo) makes a strong reintroduction on his newest single.

If you don't spend your weekends obsessing over Toro Y Moi's back catalog like me, then Hotel Decor's take on the chillwave register should sound refreshingly vintage. "All The Rage" is an undeniably forward-thinking entry into a musical genre with a tremendous amount of mainstream potential.

With a laid-back yet haunting mix full of washed-out electronic vocals, the Canada-based artist delivers listeners a love letter to daily monotony and what Laszlo describes as "feeling pretty boxed in." Having sat on the instrumental for this track for almost a year, "All The Rage" luckily was finalized by Laszlo himself, perhaps serving as one of quarantine's rare silver linings.

Full ofnature, retro-inspired vibes, and laid-back performances, the visual for "All The Rage" stays true to its roots while also providing something new this time around. The track's raw percussion, reverberating vocal melodies, and muted basslines pair well with the DualSense-directed video.

Shots of our stylish protagonist playing his synthesizer are juxtaposed with him meandering through blushing sunsets and cloudy tundras. It is difficult to appear simultaneously easy-going and calculated while a film crew swarms around you, but Laszlo's undying swagger provides viewers with just that.

The modern nostalgia aesthetic of "All The Rage" is one that is rarely well-executed, and it is because of this that Hotel Decor's performance sets him apart from his contemporaries. His eye for detail, affinity for clever songwriting, and precise visual aesthetic put him truly in a lane of his own. For fans of the video, luckily more music is on the way later this June, when Hotel Decor plans to drop a four-track EP. It's a long wait for more music, so if you kept this in your rotation until then, we wouldn't blame you.

Listen to  "All The Rage" below:

10 Questions WIth Izzy Spears on His New Single "BAD NEWS” 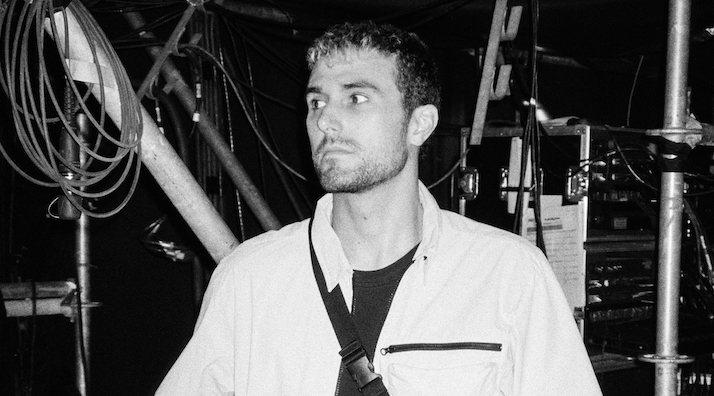