With Outside Lands only moments away, it would be a gross understatement to say that we're teeming with excitement at the idea of returning to Golden Gate Park to enjoy some of the best live music around while feasting on gourmet corn dogs and ramen burgers and sipping on a beverage or three at Wine Lands. And with a lineup that features heavy hitters like Green Day, SZA, Jack Harlow, Phoebe Bridgers, and more, it can be a daunting task to decide how best to allocate your time between running from stage to stage and enjoying a little TLC in Grass Lands. Well, don't worry, because that's where we come in. These are nine undercard acts you will not want to miss at Outside Lands this year.

You may have difficulty pronouncing 21-year-old pop artist salem ilesse’s name, but you’ll have no issue at all falling headfirst for her infectious earworms that run the gamut from scrawled diary entries on tracks like “Mad at Disney” to deeply affecting socio-political commentary on the recently released “Moment Silence,” which was written in response to the mass shooting in Uvalde, TX and the national conversation about reproductive rights in the wake of Roe v. Wade. It’s a testament to the inevitable pop star’s range, which has seen her not just tackle a wide host of themes but collaborate with the likes of Surfaces, Alan Walker, and TOMORROW X TOGETHER.

Hyperpop wunderkind glaive regularly and easily defies any and all expectations. From brewing up a maelstrom that could not be contained in his bedroom walls with breakout hits “astrid” and “dnd,” expanding beyond the limits of the genre he helped spearhead with a Machine Gun Kelly collaboration, glaive’s journey to the top has been nothing short of a wild ride. Yet with the release of his latest infectious single, “minnesota is a place that exists,” a tour supporting The Kid Laroi, and a standout performance at Lollapalooza under his belt, this rollercoaster hasn’t even come close to reaching its apex.

Jelani Aryeh’s music sounds like how listless summer days feel. Easygoing, draped in a hue of lush oranges and marigold, and evoking the same sense of unbridled freedom that only belonged to days spent chasing sunrises and sunset, the rising pop artist crafts with an effortlessly infectious hand. And while we could get lost in his standout hits “Stella Brown” and “Marigold” to no end, there is a whole back catalog worthy of equal praise, including his 2021 album, I’ve Got Some Living to Do.

The BLSSM is a powder keg of reworked inspirations that is just ready to burst. In their kaleidoscopic vision, you can find traces of staticky clips of music videos playing on MTV, ‘90s-evoking indie rock, hip-hop aesthetics, internet-bred hyperfixations, and so much more that only begins to inform THE BLSSM’s enthralling, distinctive sound. Earlier this year saw the release of PURE ENERGY, a five-track project that lived up to its name in earnest.

What’s more punk than finding your viral moment of success inside a public library? Comprised of sisters Mila and Lucia de la Garza, cousin Eloise Wong, and family friend Bela Salazar, all-female teenage punk band The Linda Lindas cut their teeth playing all-ages matinees in LA’s Chinatown, but it was their video of them playing “Racist, Sexist Boy” for the Los Angeles Public Library that would skyrocket them to international acclaim. Having since released their debut album, Growing Up, earlier this year, all eyes and ears are on The Linda Lindas.

Dayglow’s music has this magical quality where it simply worms its way into your heart and soul and before you know it, you’re tapping away endlessly to the sun-soaked riffs and wistful lyrics. First making a name for himself with the viral hit “Can I Call You Tonight?,” the breakout star has gone on to prove himself a veritable treasure trove of feel-great anthems. Look no further than his 2021 album, Harmony House, for any evidence you may need that Dayglow’s music seamlessly puts a skip in your step.

KennyHoopla very well may be the future of punk. Emerging from Cleveland, OH with a sound that calls to mind everything ‘80s new wave, alternative, to punk, the rising star’s brash vision for the genre feels equally as nostalgic as it does novel. And it certainly doesn’t hurt that he has none other than Blink-182 legend Travis Barker in his corner, with the renowned drummer collaborating on 2021’s SURVIVOR’S GUILT: THE MIXTAPE//. Come for Green Day; stay for KennyHoopla.

Inner Wave is a project structured around the idea of growth. Formed nearly 15 years ago by its founding trio in middle school, the LA-based band is now in their 20s, and with that comes a marked evolution toward more refined sounds and nuanced emotional expression. It is not a maturation spurred forth solely by time but the process of seeing just how far they can take their sound over the course of four impressive albums. Their latest work, 2021’s Apoptosis, arrived as further evidence of this love for musical exploration, diving deep into hazy, cerebral, and groovy textures and expansive, nostalgic soundscapes.

Atlanta singer-songwriter Faye Webster’s music feels like it’s a living, breathing creature, as if the words being sung are being conceptualized in that very moment. Perhaps it’s what begins to explain the innate warmth to her somber meditations, which see her lending her nonchalant, eloquently poised voice to tracks that owe as much to the lap-steel pop musings of the ’70s and bittersweet country ballads as it does to her city’s larger-than-life R&B and hip-hop personalities. It’s an intoxicating musical cocktail that truly takes form in 2021’s critically-acclaimed I Know I’m Funny haha. 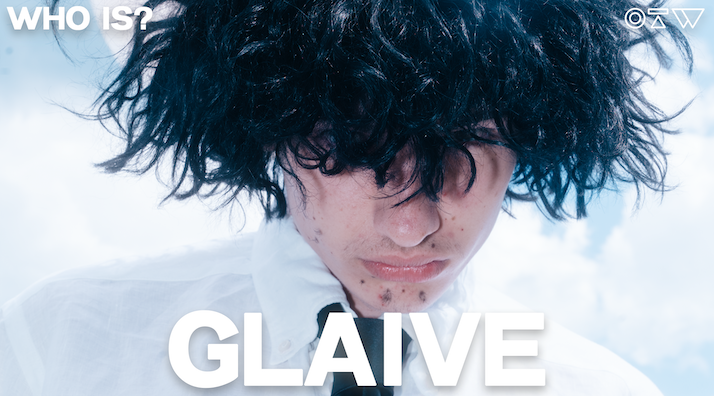 Dayglow Wants You To Dive Into The "Deep End"

August 18, 2022 "I was just using my imagination and trying to make something that felt good and free."
Author: Alessandra Rincon
pop
indie pop
dayglow
deep end