redveil Comes For His Crown in the Impeccable 'learn 2 swim'

Introducing us to the journey his third project takes us on, "together" stands as one of the more impressive album intros in recent memory. It's grandiose, ambitious, and being that the story meant to unfold is one that explores redveil diving headfirst into the fullness of his artistic potential, it sets a fitting tone for the honesty of learn 2 swim.

The Maryland prodigy has been garnering more and more attention, and this album has the potential to be what solidifies his overdue respect. With lines like "One right move done got my name afloat / one wrong move could be the last taste of painless tropes," he's aware of how critical the point he's at in his career is. There's a demand for recognition on this project, a tangible exasperation with being underrated.

Released on his 18th birthday, the magic of redveil's essence is so much larger than his age and frame. His wordplay is impeccably polished, spitting a flow artists with much more time in the game have yet to grip hold of. You could argue that he's getting better because he's older and has more life lived in him, but there's control and technicality asking to be acknowledged. He's studied the craft, and with hints of influence from artists like Earl Sweatshirt and Saba, he's mastering it, too.

Though redveil could certainly stand on the basis of his vocal ability alone, the production of this album doesn't suffer one bit, which he's credited for as well. "morphine (da ways)" and "mars" particularly stand out for their gorgeous musicality, not shying away from incorporating jazzy instrumentation and samples of soulful tracks like 1976's "Love Me Or Leave Me."

learn 2 swim certainly isn't a solo venture, with Mekdelawit offering vocals as sweet as honey on "shoulder," and fellow DMV lyricist Fly Anakin dropping a verse on "automatic." Ultimately, though, the features on this project are garnish over an intimate conversation with redveil on how he's witnessing his fear and choosing his greatness. You can tell the MC has unclipped any internal restraint he had claiming his reign, and what a gift it is to witness.

Listen to learn 2 swim below:

93FEETOFSMOKE Unleashes 'GOODGRIEF' a Tale of Resurfacing After Sorrow 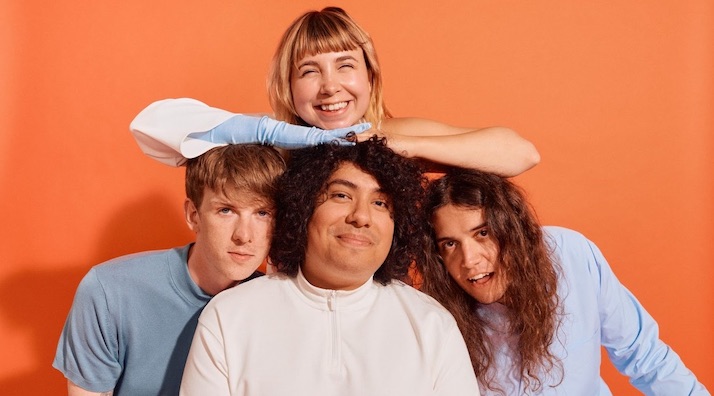 @onestowatch · 9h
Don't miss out on the @wygufest coming up next week! Live Nation’s Next Gen program is partnering with SoLa I CAN F… twitter.com/i/web/status/1…

@onestowatch · 10h
If you’ve needed a push to quit the job you hate or cut off all your hair, @DrayTobias's latest track "FUK IT" is t… twitter.com/i/web/status/1…