Genres are dead, the best major label A&R in the industry is TikTok, and 2020 is poised to be one of the best years for music yet. It is a year bound to be defined by multi-hyphenates, crossover stars, and Internet-bred icons. So, without further ado, we present to you our list of acts set to make a splash this year. From bedroom-produced artists on the rise to virtual reality superstars, these are our top 21 artists to watch in 2020.

keshi has quietly been going under the radar for some time now, but all of that seems to be changing. 2019 saw the post-Soundcloud era artist transforming his impressive social media following and streaming numbers into a series of nigh-instantaneously sold-out shows. An intoxicating mixture of the emotional highs and lows imbued in R&B and lofi hip-hop, keshi is the connecting thread between the Soundcloud generation and bedroom daydreamers. Somber to a beautiful degree, keshi is without a doubt the real deal.

Dreamlike house music. 박혜진 park hye jin's hushed whispers, which drift between English and Korean, float across the dancefloor to create a club-ready experience quite unlike anything else out there. It is dance music designed to lose yourself in. Ethereal and introspective without ever getting its head lost fully in the clouds. 박혜진 park hye jin is ushering in a new wave of forward-thinking dance music, one lulling mediation at a time.

Alaina Castillo is setting the stage to be the next Ariana Grande. In the span of a single year, Castillo has gone from posting covers on YouTube to cultivating a cult-like following. Give a single listen to the music and it makes perfect sense. The combination of her Latin roots and airy blend of pop and R&B results in a musical fixture whose spell you cannot escape. With her debut EP, antisocial butterfly, arriving as a high-point to send off 2019, 2020 marks the rise of Castillo.

If you were to put a soundtrack to the strung-together words of sun-soaked eternal joy, it would be Dayglow. The irresistible DIY artist illustrates his potential to be anti-pop's next star in the span of his modest 10-track debut offering, Fuzzybrain. Writing, producing, and mixing the album on his own, it arrives as a direct reflection of its creator, and what is reflected is a nigh-perfect amalgamation of indie pop and indie rock. Dayglow is the antidote for dark pop, brimming with infectious bliss and hope.

REI AMI balances her multi-faceted approach with the precision of a well-seasoned artist. Brimming with carefree bravado at one moment. Meditative, self-reflective, and wearing her heart on her sleeve at the next. And yet, the juxtaposition between her fiery persona and her somber, sentimental bedroom pop side feels all too natural. Maybe that begins to explain why REI AMI is already earning widespread acclaim and co-signs from the likes of Billie Eilish and FINNEAS.

Channel Tres' music is undeniable. Bridging Detroit house and the bravado of West Coast rap, the Los Angeles-based producer, singer, and artist creates music with an inescapable groove. Each and every one of his tracks are perfectly apt for driving down PCH with the top down or arriving as the perfect hit of adrenaline you need to get you through those final moments of that six-hour warehouse party. With his infectious production and buttery smooth voice, Channel Tres is emerging as underground dance music's next star.

Tate McRae may only be 16, but she is already being touted as pop's next prodigy. The Canadian-born artist makes emotive pop mediations that explore the power of understated production. It is a deft approach that has seen her earn fans and collaborators in the likes of Billie Eilish and FINNEAS, as well as earn her millions upon millions of fans in spite of having yet to release a full-length project or even an EP. Pop stars are getting younger and more talented by the day, and McRae is next in line.

Jean Dawson defies classification or expectation. Self-described as the Los Angeles-based project of a boy exploring identity, intimacy, and escapism, the one thing you can expect from Dawson is for no two tracks to sound quite the same. The varied soundscapes he whisks into existence unfurl and evolve to tell enthralling portraits of chaos, fear, and dreamlike bliss. Dawson is an artist not to be slept on come 2020.

A F$*KING WEEKEND LA. WHO WAS THERE?

Junior Varsity is the only artist on this list who has yet to release music, and yet, the hype surrounding the Los Angeles-based duo is palpable. With no demos, B-sides, or even tracks on SoundCloud - their only music available for human consumptions appears as background audio for a few Instagram videos - Junior Varsity is already attracting major label attention and planning shows in Japan. So, is it all hype for the sake of hype? Well, "A F$*KING WEEKEND," a series of pop-up ragers masquerading as DIY shows in LA and NY that has attracted audiences solely by word of mouth says otherwise.

You cannot help but root for binki. Inspired the varying sounds of indie pop, indie rock, funk, and hip-hop, the North Carolina artist's music plays out with an ineffable charm. Unexpected guitar solos, straight out dance-invoking jams, and lighthearted songwriting begin to inform the multi-colored world of binki. And with only a handful of singles to his name thus far, 2020 is bound to see that world evolve and flourish.

Hykeem "Baby Keem" Carter is set to be hip-hop's 2020 breakout rap star. Finding fans in BROCKHAMPTON and Kendrick Lamar, the Las Vegas native left 2019 with an acclaimed mixtape and breakout single. "Orange Soda," which appears on his sophomore mixtape  DIE FOR MY BITCH, quickly became a fan-favorite but is only a sliver of the artistic range that Baby Keem has to offer. Flowing fluidly between trap and melodic rap, Baby Keem is nothing if not a vibe.

DIY Bay Area collective Peach Tree Rascals is the brilliant byproduct of a generation that has done away with genres. A joyous fusion of alt-jazz, funk, pop, hip-hop, and R&B, listening to Peach Tree Rascals is akin to strolling through a kaleidoscopic dreamscape with multi-colored flowers blooming at each and every turn. The project is entirely self-funded and is comprised of primarily second-generation Americans, whose parents immigrated from Mexico, Palestine, and the Philippines. The creative American dream is alive and well in Peach Tree Rascal's inventive sound.

At the time of writing this, Gracie Abrams has only two singles to date. And yet, those soft-spoken moments of introspection are more than enough to land her on this list. Inspired by the likes of Joni Mitchell, Abrams considers herself a songwriter first and foremost, and what a songwriter she is. Simple, nuanced, and striking. Her stripped-back soundscapes allow space for her innate gift for lyricism to shine. The 20-year-old artist's diary-like confessionals speak to an intimate and universal appeal.

For anyone who has been following us for quite some time, it may come as no surprise to find this 2019 favorite of ours on this list. Aries has steadily been growing an avid following online with both his inventive reimaginings and original music, but, from a sold-out tour to festival debuts, it was the past year that really saw this Internet-bred artist hitting his stride. His unique fusion of late-stage emo and hip-hop accentuated by Beach Boys - evoking instrumentation is a trip you will not regret taking.

Born and raised in the Nordic forests of Sweden, Winona Oak is a fittingly ethereal and enchanting songstress. Her vocal range is impossible to ignore and a single listen is nigh guaranteed to get you hooked on her heavenly highs and brooding lows. Nothing short of beautifully haunting, her succinct but growing discography paints a portrait of captivating melancholy. Kicking off 2020 with an impressive debut EP, it is a safe assumption to say that Oak is a name you will be hearing a lot more of and from in the coming decade.

Very few artists can turn TikTok fame into lasting success. Ashnikko is looking to be one of those rare artists. Finding viral fame in "STUPID," Ashnikko's in your face brand of hip-hop is as raucous as it is rapturous. Her 2019 EP, Hi, It's Me, serves as an impeccable introduction to the transfixing world of the Internet personality. Speaking of, it certainly doesn't hurt that she is practically a one-person marketing team. From having her grandparents react to her music videos to taking Latvia by storm, Ashnikko is a brilliant example of the promise of Internet-era stars.

Stephani Poetri is the latest 88rising signee to find herself with a viral hit. The Jakarta, Indonesia - born singer and songwriter has a natural talent for feel-great storytelling transposed into lovely melodies. It is a gift she channels in full on her breakout hit "I Love You 3000" and the subsequent Jackson Wang-assisted "I Love You 3000 II." But do not be mistaken. Poetri is no mere passing viral fad; she is a genuine storyteller set to make waves in 2020.

For better or worse, the world is more digital than ever before, and Miquela is looking to be the world's first virtually-crated pop star (sorry, Hatsune Miku!). The digital avatar Instagram influencer with dreams of pop stardom first began releasing music in 2017, but the latter half of 2019 saw her not only release a series of singles but a music video and official Lauv remix as well. More than just an uncanny valley or interesting gimmick, Miquela's series of 2019 releases show the undeniable promise of a virtual pop star.

An artist like Celeste only comes around once in a lifetime. Born in the US and raised in the UK, Celeste's soaring and confessional approach to soul calls to mind the likes of Aretha Franklin and Ella Fitzgerald. Celeste's music does more than stop you dead in your tracks; it entrances you. It transports you to an entirely different moment in time. Celeste is the sound of '50s soul, 2020 R&B, and beyond.

Monsune drips with an electronic-infused soul. Seemingly equally as inspired by his contemporaries as he is by his predecessors, the notes of Toro Y Moi, Childish Gambino, J Dilla, and Prince are apparent, but the way the Toronto-based artist weaves together his expanse of influences is distinctively Monsune. His 2019 EP Tradition arrived as an introspective offering, exploring themes of diaspora, uncertainty, infatuation, and a host of other feelings that accompany the shift from adolescence to adulthood.

LoveLeo may only have one single to his name, but it certainly left enough of an impression to land him on this list. His debut single, and in turn viral hit, "BOYFREN" topped both Spotify's US and Global Viral charts. Released via GODMODE, the indie development label that brought us Yaeji, Channel Tres, and more, LoveLeo is poised to be more than just a flash in the pan moment of success. Bedroom-produced, infectious artist LoveLeo is here to stay. 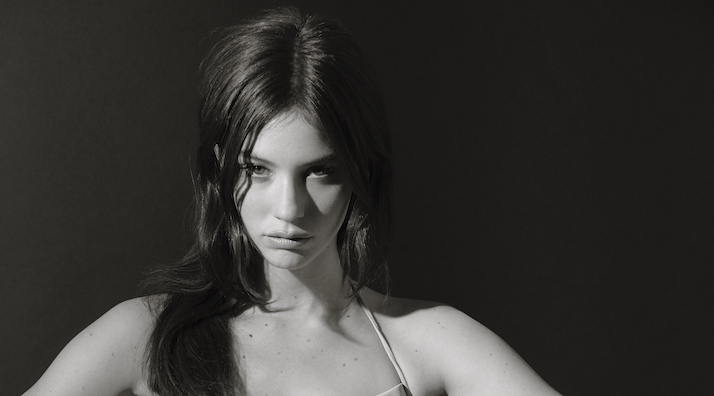 Gracie Abrams Questions What’s Next in “Where do we go now?” 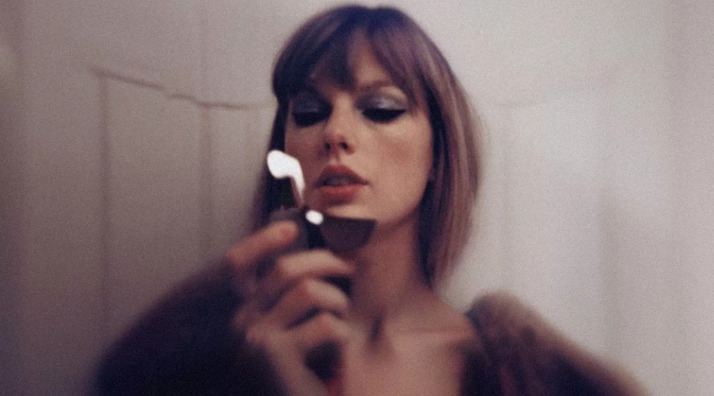