Coachella 2019: 10 Ones to Catch (Who Aren't Ariana Grande or Childish Gambino)

Coachella set times just dropped, and we can practically taste the watermelon and hear the sounds of some of the best names in music gathered in one place. Set to take place over two weekends in Indio, California, the Empire Polo Fields is about to become a haven for music lovers from around the world. And with all the last-minute planning still left to do (seriously still have to figure out our Coachella outfits), one area you cannot afford to forget about this year is catching the hottest up-and-coming acts.

Well, no need to worry. Your friends at Ones To Watch have combed the lineup for ten acts you need to catch at Coachella 2019 before camping out to catch Childish Gambino or Ariana Grande. And as an added bonus, we went ahead and compiled them all into one helpful playlist just for you.

Genre: K-pop poised for a global takeover
When & Where: Friday, 8:00pm at Sahara Tent

There are no two ways about it; BLACKPINK is taking over the world, one history-making moment at the time. The first K-pop girl group to play Coachella, BLACKPINK's set this year is bound to be equal parts jaw-dropping spectacle and illustration of why K-pop is such a global phenomenon. Hot off the release of their YouTube record-shattering music video for "Kill This Love," it is no wonder why BLACKPINK ranked, alongside Kanye West's Sunday Service and Childish Gambino and Rihanna's film premiere, as this year's not-to-miss Coachella moments. Can't make it to their set? No need to worry, it will be live streaming everywhere, including Times Square.

Genre: Visceral hip-hop with a lighter side
When & Where: Friday,  5:00pm at Outdoor Theatre

JPEGMAFIA is clawing his way up the rap world. The crystallization of punk as an ethos, his sound is undeniably dark but within its shadows, one will find a humor all the more unsettling. Yet, it is a sound that you cannot pull yourself away from. Utterly transfixing, pressing in his often rapid-fire unrelenting style of delivery, JPEGMAFIA's set is likely to be equal parts uninhibited mosh pit and some of the best rap you will hear all weekend. And the icing on the cake? JPEGMAFIA even has Flume's co-sign, having featured the Hi This Is Flume (Mixtape).

Genre: Indie-rock stars in the making
When & Where: Saturday, 1:30pm at Mojave

Comprised of Braeden Lemasters, Dylan Minnette, and Cole Preston, Wallows threw their hat in the ring for best indie rock album of the year with the release of their debut album, Nothing Happens. A testament to the band growing up together sonically and emotionally, Nothing Happens is an emotional roadmap to navigating young adulthood. And what better place to hear the idyllic and nostalgic musings of the thoughts and fears that accompany the transition to adulthood than on the polo fields?

A R I Z O N A is set to bring their soaring brand of alternative pop to Coachella this weekend, and we could not be more excited. Beyond being the trio's Coachella debut, this will also be both the first time we get to hear their latest infectious single "Find Someone" live and catch them live ahead of the Ones To Watch - presented 'Find Someone Tour.' From the trio's noted love of cute animals (especially dogs) to their anthemic, emotionally-driven alternative pop, we could not fathom a reason you would not catch A R I Z O N A at this year's Coachella.

BLACKPINK is not the only Asian act at Coachella 2019 to get excited about. This year also sees the inclusion of South Korean post-rock group JAMBINAI and J-pop girl group perfume making their Coachella debut, but one act in particular that we are especially excited to finally have the chance to catch live is HYUKOH. The South Korean indie rock outfit creates fluid-moving jams, sometimes sung in Korean and sometimes sung in English, that no matter the language, leaving you feeling better than before you heard them.

Genre: Hip-hop told through the lens of a visionary
When & Where:  Saturday, 8:35pm at Gobi

A hypnotic blend of hip-hop, soul, gospel, and R&B, Smino is an artist of irrefutable substance. Nowhere is this clearer than on the critically-acclaimed rapper's sophomore effort, NOIR. An album where Smino so deftly puts it as dealing with "adult shit," it is an exceptional showing of an artist at the top of his game. Coachella marks a pit stop on Smino's ongoing Ones To Watch - presented 'Hoopti Tour,' and besides the tour, on the polo grounds is one of the only places you can catch NOIR in all its compelling glory.

Genre: Groovy pop music that makes you feel
When & Where:  8:35pm at Gobi

Parcels is timeless. Their sound has one foot in modern pop melodies, while the other is fully rooted in the groove-inducing classic albums that the Berlin-based, Australian band so clearly adores. The end result? The release of an impeccable self-titled debut album that spans a generation of sonics, all while surging forth with a distinctively human element. And unless any shocking guest appearances happen, this is likely the closest you will get to seeing Daft Punk at Coachella, considering their Draft Punk co-written and produced single "Overnight."

Genre: Pure sun-soaked vibes
When & Where: Sunday, 1:10pm at Sonora

Connecting the dots between the gospel-pop of Chance the Rapper and the sun-soaked vibes of Rex Orange County is the multi-instrumental and multi-talented Easy Life. Existing behind an ever-present mellow haze, every one of Easy Life's tracks play out like you just stepped into your best friend's ongoing jam sessions. There is an ineffable warmth here that will only be elevated ten-fold come this weekend. If you need further convincing, just check out the UK band's latest Spaceships Mixtape, which we celebrated as an impressive representation of Easy Life's evolving sound. Or you could just witness the magic first-hand during Easy Life's mesmerizing Coachella set.

"One of the illest doing this right now." At least that is what Kendrick Lamar had to say about Little Simz, and we cannot help but agree. Praised by the likes of Lamar, Ms. Lauryn Hill, and Gorillaz, the latter of two which both invited her on tour, the English rapper, singer, and actress is about to take Coachella by storm. Flowing between hip-hop, R&B, jazz, and soul with a consistently philosophical edge, we are still not sure if Coachella is quite ready for Little Simz' phenomenal new Grey Area album. However, one thing is for certain, those lucky enough to catch Little Simz are in store for one of the best sets of their life.

Genre: The sort of music Coachella was made for
When & Where: Friday, 8:00pm at Gobi

If Coachella had a sound, it would be Polo & Pan. A vibrant exotic journey through a constantly evolving cornucopia of sonics, the electronic duo's music is made to lose yourself in. The duo's heavenly synthesis of organic and electronic elements unfurls with a life of its own in their debut album, Caravelle, which we championed as having the ability to transport us everywhere from the African Congo to the Brazilian tropical forest. Go ahead and do yourself a favor this Coachella and transport yourself to Polo & Pan's set to bask in a sound and performance quite like no other. 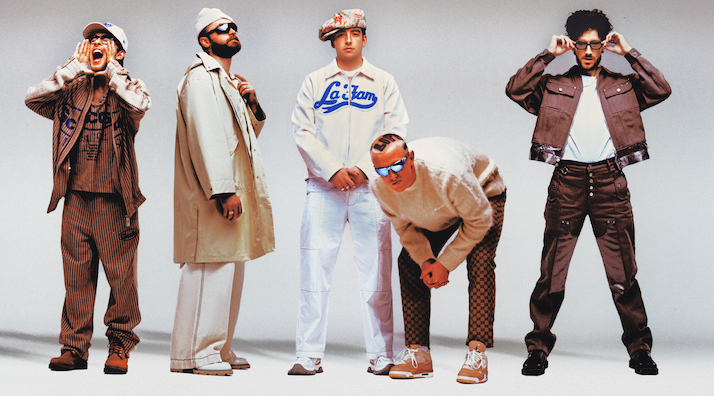 October 27, 2022 "It’s the little things, the small insecurities we all have that actually build the character arc of growing up and maturing."
Author: Jazmin Kylene
interview
indie pop
anti pop
easy life
album reviews
maybe in another life... 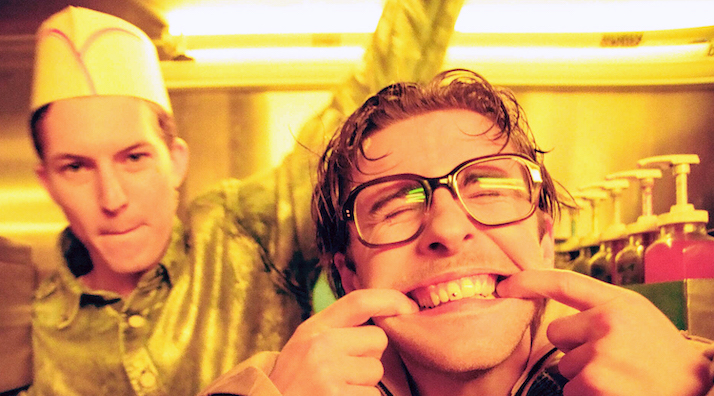 easy life Teams Up With Gus Dapperton For the Chilling “ANTIFREEZE”

August 3, 2022 You do not want to miss out on these nine up-and-coming stars.
Author: Maxamillion Polo
kennyhoopla
ones to catch
dayglow
inner wave
faye webster
outside lands
glaive
jelani aryeh
the blssm
the linda lindas
salem ilesse

@onestowatch · 1d
The one & only @injimusicx is getting us out of the winter funk with her latest single "THE ONE.” The new track com… twitter.com/i/web/status/1…

@onestowatch · 2d
Korean singer, DJ, and producer @kraeji is back to reclaim her titles with the first piece of new music she’s relea… twitter.com/i/web/status/1…

@onestowatch · 4d
Wake up babe, @thisisvalley is going on tour!!🫶 With their sophomore album Lost In Translation, set to be released… twitter.com/i/web/status/1…
MORE ON TWITTER