Are you searching for an artist with incredible passion and conviction? Then Jake Wesley Rogers is the guy for you. Pulling inspiration from Adele, Amy Winehouse, and Lady Gaga, Jake Wesley Rogers fell completely in love with music in his younger years. Fast forward to present day and Rogers is now a developed musician with an undeniable knack for honest songwriting.

"Little Queen" opens with tempting percussion that sets a dark tone for the rest of the thrilling song, which is Rogers' reflection on his sexuality growing up. Rogers was in a constant battle with his longing to be vulnerable with people, but he also felt the need to keep himself protected for his own good. Layered with powerful backing vocals, "Little Queen" is a brilliant display of Rogers' musical versatility.

“I wrote 'Little Queen' at a time where I was telling myself a lot of lies about who I could be and what I could write about. I grew up in Missouri and felt like I had to hide a lot of my femininity and sexuality and be careful where I placed my vulnerability. ”

The sultry "Little Queen" music video opens with Rogers playing on a piano that has a generous pile of rose petals atop. A long-haired woman, played by Sarah Ritter, also mouths the lyrics with Rogers as the scenes cut between the two of them. As he belts the lyrics from a dressing room, Rogers stares deeply into the mirror to shove these meaningful words into his brain. With a goat appearance and lipstick smeared on the mirror, this Slater Goodson-directed visual just may be Rogers' most aesthetic music video yet.

“The vision for the video was to have a woman sing the song on camera as a representation for my feminine side. I also worked with live goats to underline the mysterious and witchy feeling of the song.”

Ones To Watch has your first look at the  "Little Queen" music video below:

For more on Jake Wesley Rogers, check out his amazing performance of "Jacob from the Bible" for Ones To Watch below: 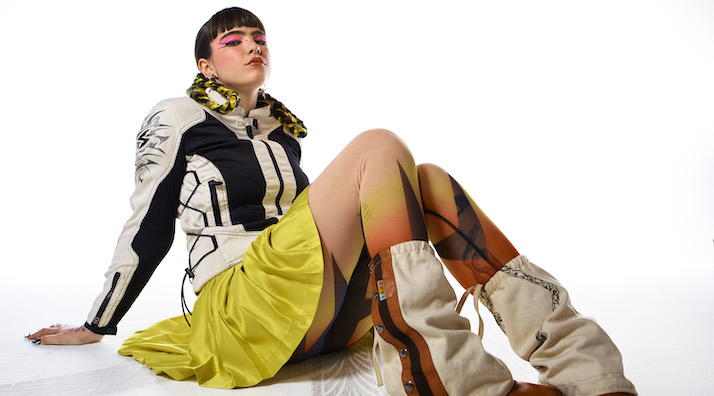 Claire Rosinkranz Charts a Melancholic Getaway With "Sad In Hawaii"

February 3, 2023 "Impressive how your brain can ruin an experience that should be paradise."
Author: Alessandra Rincon
pop
claire rosinkranz
sad in hawaii