Multi-instrumentalist, songwriter, producer, and now vocalist, Leaping Tiger has hit his stride as a conceptually-driven artist with his latest album Soulsleep. The brainchild of Jacob Park, Leaping Tiger first came to fruition nearly a decade ago, with the project living a life of experimentation and constant growth ever since. Fresh off his performance with Ones to Watch, Ash Wallace sat down with the young producer making waves in New Zealand and beyond.

Born and raised in Auckland, of Italian and Zambian descent, Park was drawn to creating music at the ripe age of three. His nan encouraged him to try piano, but he dabbled in all the instruments under the sun (including the cheeky flute) before landing on bass as his weapon of choice at the age of 12. "I fell in love with bass when my dad took me to watch Ratatouille at the movies! The Michael Giacchino score has heaps of live bass. That's the first time I paid attention and had heard that instrument before, and I just wanted to play bass ever since."

His ability to traverse instruments and his understanding of timbre made him a natural fit for electronic music production. After uploading his first song onto Soundcloud at 14, Park had to choose a username, and Leaping Tiger was born. In the early days the project was influenced by prolific beat makers like Flying Lotus, Flume, and Kanye West, but as he has matured his influences have widened to incorporate artists like David Bowie who "don't stick to one genre and are always exploring different personas project to project." Now the Leaping Tiger sound pays homage to not just beat makers and avant-garde auteurs but dream pop as well, with Park citing references like Beach House, This Mortal Coil, and shoegaze bands like Slowdive.

Soulsleep is the first time that Park has performed as a vocalist; his breakout single "Screw Face" featured local heavyweights Church&AP, Disciple Pati, and JY Lee. Park waited for the perfect time to introduce his own voice, and with this album so close to his heart lyrically, it was only right to perform it himself.  Park describes writing Soulsleep as 'catharsis' in that "this album is the journey of a relationship from start to finish in a crash and burn way. Everything that was swimming in my brain I had to get out. I felt like a corpse walking, so Soulsleep is another way of saying your soul is asleep and you don't feel alive". The vocal style that he landed on after exploring for months is reminiscent of Frank Ocean in its ability to slip seamlessly between sung and rap performance.

Not only is Leaping Tiger a musical project but a creative outlet for Park's other curiosities. Driven by his 'need to make things' the world of Leaping Tiger explores fashion, styling, visualizers and a soon to come co-directed music video for "Gooey" with Oscar Keys. Establishing a visual universe with intention is all for the purpose of Park creating a better world for his music existing in. He jokes that "everyone would have dyed hair and wear orange crop t-shirts, pure white Nikes."

Park looks forward to bringing the live recreation of Soulsleep to his audience soon. Since first gracing the stage in 2017 with only a launchpad and MIDI keyboard too small for him to play solos on, he is now a polished and multi-faceted performer that brings energy to the stage like no other.

10 Questions With Matilde G on Her New Single "Hypocrite" 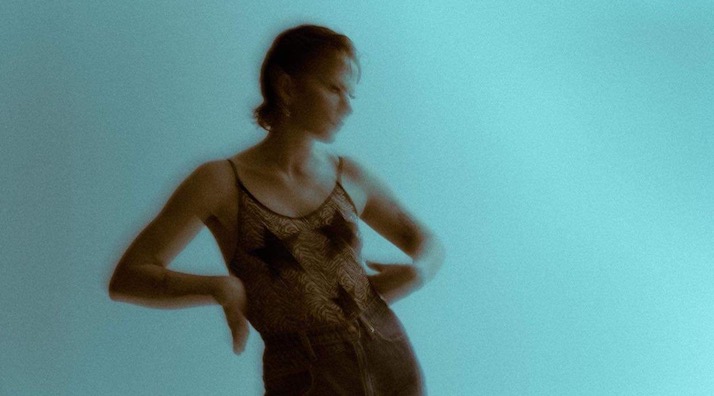 January 24, 2023 Ahead of her third single, 'Sunny Afternoon,' alternative pop artist Rita Mae's musical journey has been rich with immense creativity, growing pains, and an undeniable passion for what she does best.
Author: Cassandra Grodd
new zealand
blog
rita mae

10 Questions With IDMAN on Their New Single "Hate"