It's Not That "COMPLICATED." The New Whethan, aldn, and 8485 Collab Is Pure Heat

Whethan has solidified himself as an electronic music producer that incorporates an eclectic mix of collaborators. In his 2020 debut album  Fantasy, he featured names like Oliver Tree, The Knocks, grandson, STRFKR, bülow, and more. And in recent months, the ever-evolving producer has been making waves in the hyperpop world with collaborations with ericdoa, glaive and Slump6s. For Whethan's latest single, aldn and 8485 join the prolific producer for the punchy "COMPLICATED."

Dance music and hyperpop have always worked in conjunction. Artists like SOPHIE, Charli XCX, and umru paved the way to uplift both innovative scenes. Plus, with Whethan's history of bringing musicians from every genre into his world, his moves in the hyperpop space aren't out of place at all.

Whethan shares, "I hate doing the same thing twice. I love surprising people and keeping them on the edge of their seats. I want to make music that can be played for everyone on the biggest scale possible. I love synths, crazy video game sounds, and hard bass. Everything is a part of the next chapter."

And what came of this new alliance between the three artists is one of the most promising partnerships yet. Futuristic, oscillating synths and an exhilarating electric guitar set the tone for this exciting tune. aldn then takes over for a punk-injected verse, chewing over the fact that everyone's always keeping tabs on him. 8485 joins in for the second half, adding that it makes life harder when people are constantly talking about you.

While we can't imagine exactly what artists go through when they're on the brink of superstardom, we can only imagine it’s something like journalists writing about them on music blogs… not that we'd know anything about that.

Listen to "COMPLICATED" below: 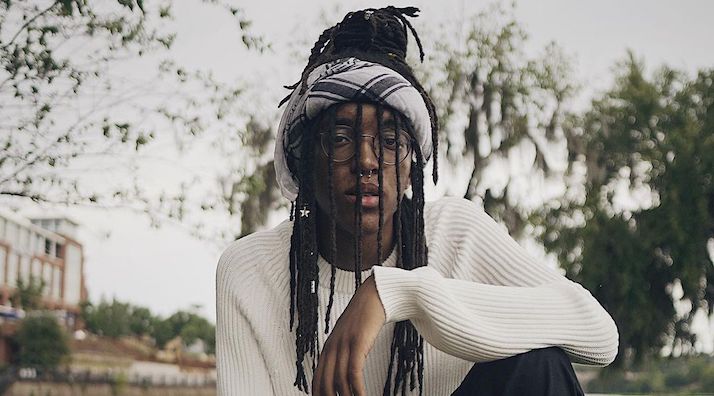 @onestowatch · 1d
WHO IS @TXT_bighit? We had the chance to sit down with the members of TOMORROW X TOGETHER at @lollapalooza 2022 wh… twitter.com/i/web/status/1…